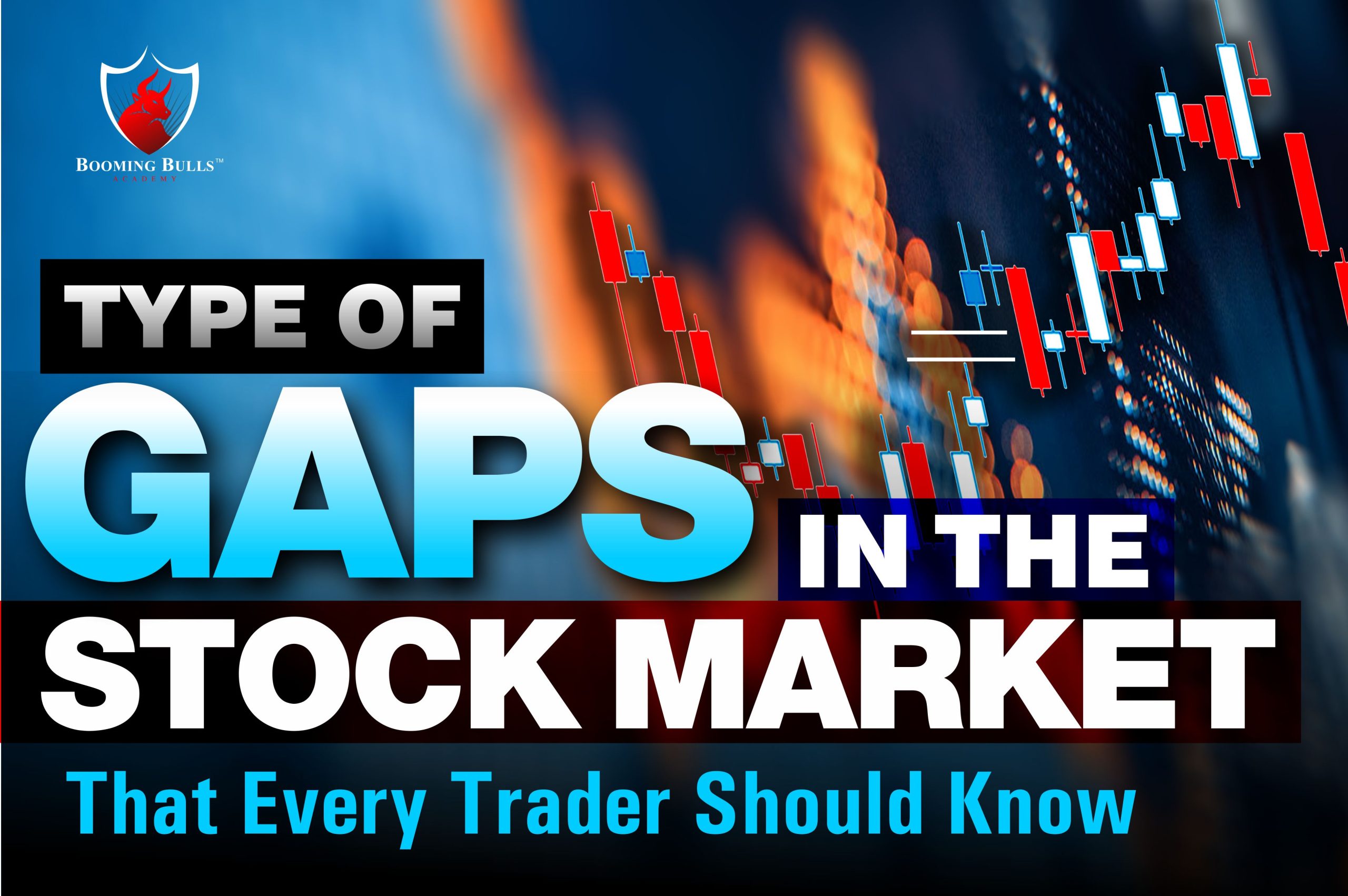 Gaps are an important topic to know about because, by understanding gaps, you can plan your trades. There are different types of gaps in the stock market, which are-

In today’s article, we will discuss each type of gap in detail and see how they are formed.

As the name suggests, these are very small and common gaps. When the market opens sideways, and there is a very small gap between the price of today’s open and yesterday’s close, like -0.33%  to +0.33%, then we can call it a common gap.

These gaps are filled quickly as compared to other gaps. Common gaps are also called “area gaps” or “trading gaps”, and these gaps are represented by normal trading volume. These gaps generally do not offer any good trading opportunities.

It is considered the strongest gap as compared to all other gaps. When the stock is consolidating, and when that consolidating range gets broken by the gap, then we can call it a Breakaway Gap. Generally, the Brakways gap indicates the starting of a new trend. The breakaway gap can be spotted in different types of chart patterns as well, such as ascending or descending triangle chart patterns, wedges etc.

Swing trades or Intraday trades can be initiated when the gap is confirmed. The sharp rise in trading volume identifies these gaps.

Run Away Gap represents the healthy trend. When there is no consolidation, but there is a gap between yesterday’s closing and today’s opening in the direction of the trend, then we call it Runaway Gap.

The runway gap shows strength and can be used to book profits from existing swing positions. Generally, runaway gaps occur after the breakaway gaps, as the runway gap indicates the continuation of that particular trend. The runaway gap occurs in a strong bull or bear market.

As the name suggests exhaustion gap occurs at the end of the trend. Generally, the Exhaustion Gap is considered a trend reversal. Normally, the exhaustion gap is indicated when there is a big gap but the price reverses and fills that gap, and it continues that trend for a short-term period.

So, these are the 4 important types of Gaps every trader should know about. Every gap created in the market tries to indicate a potential move according to the gap theory; hence every trader must know what different types of gaps are and the significance of each gap.

If you like this article, don’t forget to share it with us across all your social media handles.