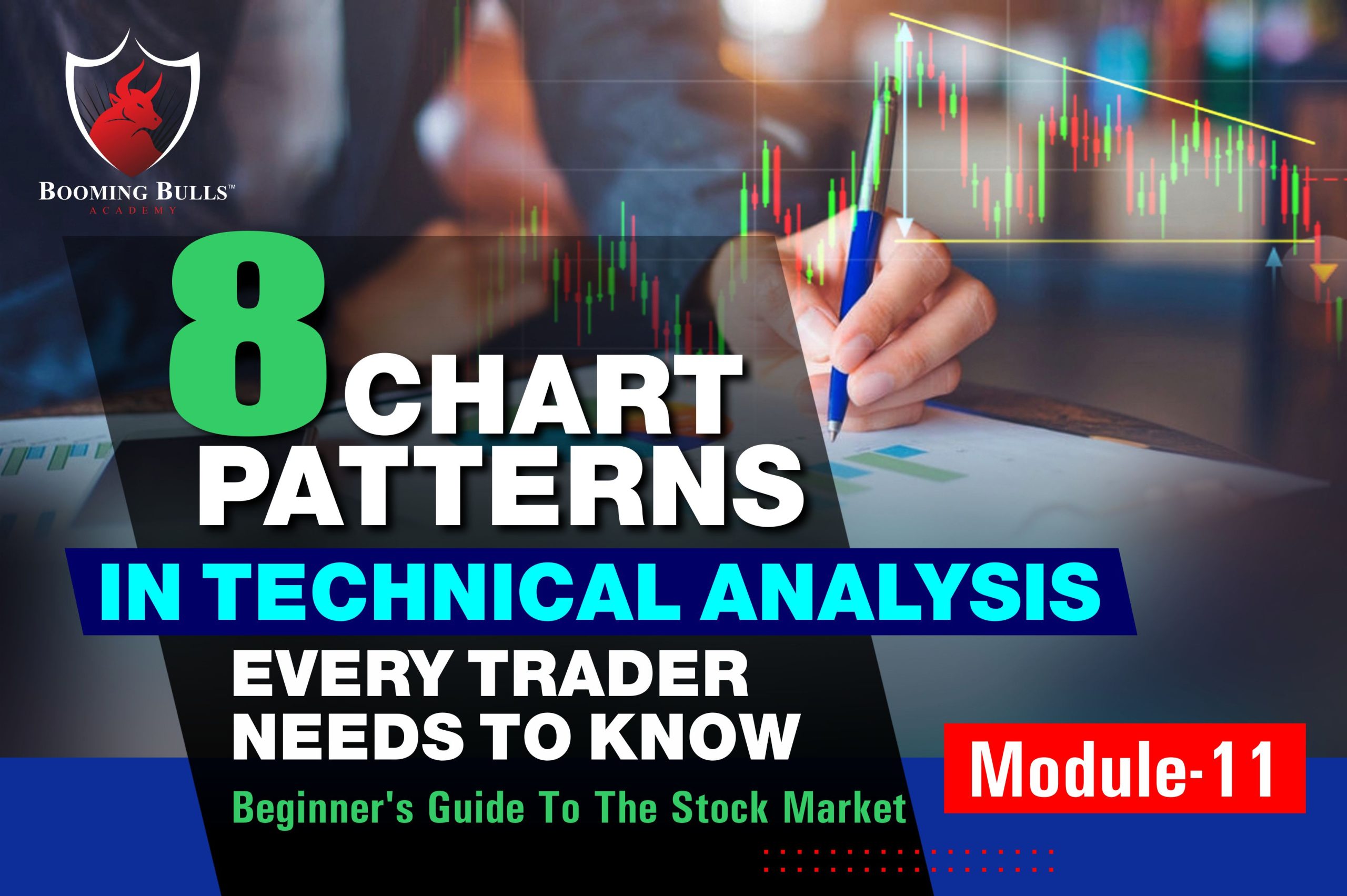 Chart patterns are an important aspect of technical analysis, and even if you master one chart pattern and trade with risk management rules for a longer time, you can become a successful trader. So, here are the Top 8 Important Chart Patterns In Technical Analysis That Every Trader Needs To Know-

This is the most important chart pattern in technical analysis. Head and shoulder patterns are reversal patterns, and they are generally formed at the market tops. In this pattern, the first left peak is formed which is called the left shoulder, and after that, price breaks the level of the left shoulder and immediately takes resistance from there forming the head of the pattern. After taking support from the neckline, the price again tries to go up further, but it takes resistance from above levels forming the right shoulder, and then it breaks the neckline which indicates the short entry. 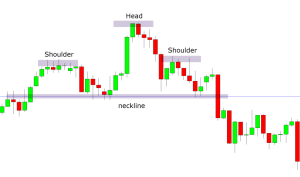 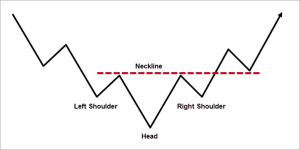 The Double Top Pattern is a trend reversal pattern that is generally formed at the top of the uptrend indicating the potential reversal. In this pattern, price first makes the up move and takes resistance from a certain level, and after taking the support from the neckline, price again tries to go up but takes the resistance from the same level indicating the formation of a double top pattern. 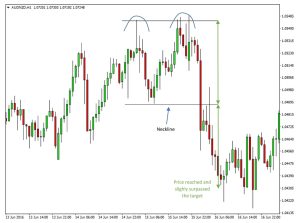 The Double Bottom Pattern is exactly the opposite of the double top pattern. This pattern is generally formed at the end of the downtrend indicating a new uptrend after the breakout from the neckline. 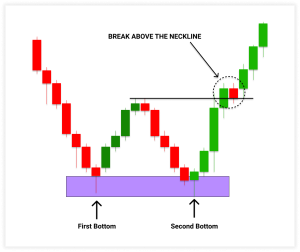 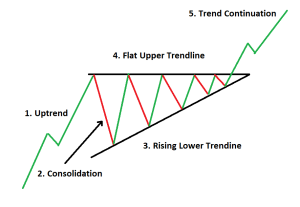 After the confirmation of the breakout from the upper trendline, long trade can be initiated. Ascending triangles can give excellent targets. The first target would be equal to the depth of the triangle. In short, calculate the distance between the top trendline and lowest of the down trendline and add this depth to the breakout point, and this would be your target. Also, targets can be set at 50% of depth for partial exits. Place the stop loss order below the slope trendline.

A Descending Triangle Pattern is a bearish trend continuation pattern that confirms the continuation of the downtrend. The descending triangle pattern is bound by two trendlines; one is a downtrend slope trendline, and the other is a flat trendline that connects the lows of the pattern. 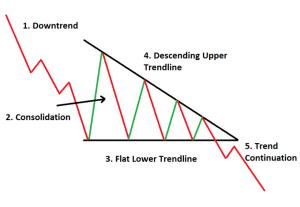 After the confirmation of the breakdown from the lower trendline, a short trade can be initiated. The descending triangle can give excellent targets. The first target would be equal to the depth of the triangle. Also, partial profits can be booked after the price reaches 50% of the triangle depth. 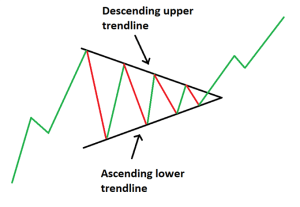 Trades can only be initiated at breakouts or breakdowns. Enter a long trade when price breaks the descending upper trendline and sustains above it. Sell trade can be initiated if the price breaks the lower trendline and sustains below it. Most symmetric triangles give 100% of the depth rise/fall of the entire triangle as a target. Symmetrical triangles failure occurs when price results in false breakouts.

Flag and pole are the continuation patterns representing a small break in market trend. They can be easily spotted on the charts as they appear right after a quick breakout or breakdown from a trading range. In strong trending markets, flags are formed as prices consolidate for some time, and again start to move in the same direction. These are very reliable patterns. 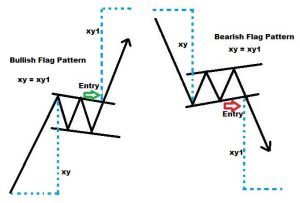 In the case of a bearish flag and pole pattern, trade can be initiated when the price breaks down from a lower trendline, and the target can be equal to the distance from the previous breakdown to the first support of the flag. (Denoted by ‘xy’). Place a stop-loss order below the ‘low’ of the ‘flag’.

I hope through this article, I was able to explain to you the most useful and frequently occurring chart patterns in technical analysis. If you want to know more about technical analysis, then you can definitely refer to my previous blog on Importance of Multiple Time Frame | Beginner’s Guide to The Stock Market | Module 10. Also, if you have any queries regarding this topic, please post them in the comment section.