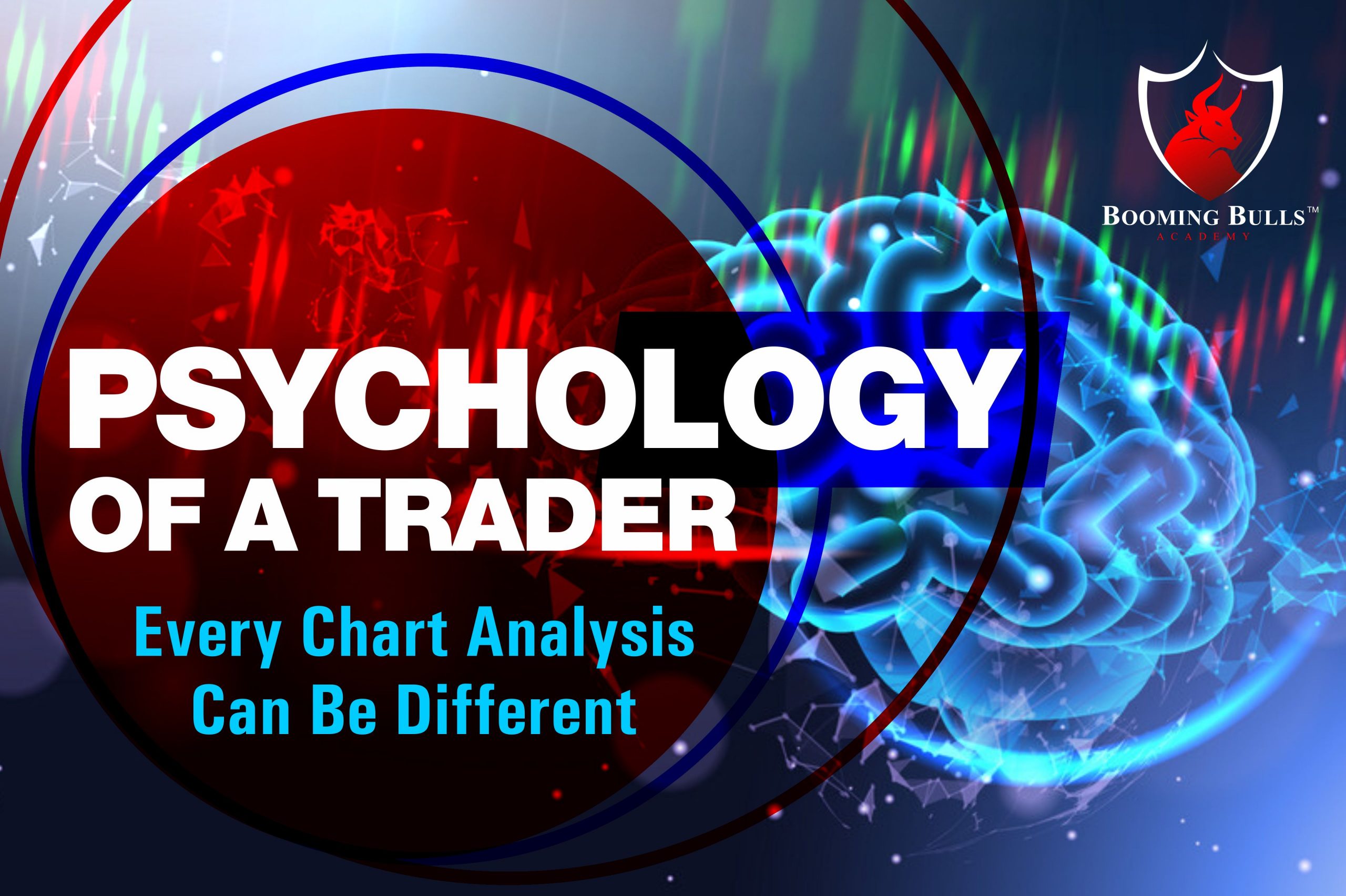 Now the question comes, irrespective of the same trading knowledge, same trading experience, and skills, why do traders see charts differently? There are a lot of reasons behind this. Here are few reasons why every Chart Analysis can be different:

Traders Get Emotionally Attached To Their Position

It is the most common reason behind this fact. Many traders get emotionally attached at the moment when they enter a position. It may happen because when traders put more money at a stake, fear of losing money rises. As a result, they get more emotional.

When you are risking more than what you can’t afford to lose, you automatically want that particular trade to become profitable, but when it goes against your view, it becomes difficult to book losses. So, when two traders are looking at the same charts, but having an opposite point of view, the trader who has risked more tends to panic or commit mistakes than the trader who is trading with correct position sizing.

So, the main point in this is when you trade with heavy quantities you tend to get more emotional. When you get emotional, you react to every candle on the chart, and because of fear, you may close your trade because of little pull-back. By doing this, you may be at a small profit or break-even but it is not good for your trading mindset which can lead to more mistakes.

A Trader With Position And Without A Position

Let me explain this concept to you, simply by being in a position, you start to look at the charts differently compared to the trader who has no position. Even if you are following Risk Management and other things, you are going to be slightly influenced by the fact that you have been risking your hard-earned money. That is why I think trading is a tough business.

When you trade in a Demo Account, you are probably going to get more profits as compared to trading in a real account. The key to becoming a profitable trader is to understand that money is just a by-product of your actions. If you focus on the right things like psychology, risk management, trading system, etc. you will automatically make money. So, from today start looking at the charts as if you have no position in the market even if you have the position.

Recency Bias is a psychological state where traders give more importance to the recent trades but neglects older but important pieces of information. Two traders observing the same charts can have a different opinion due to Recency Bias. So, it is possible that one trader may have seen the same situation and have lost money, and another trader may gain money.

As human beings, our minds and thought process give more importance to recent events. Recency Bias can be advantageous or disadvantageous. Due to Recency Bias, if you keep entering on the pullbacks in a certain trend then you will make money. However, when the trend reverses and the market starts moving sideways, you are likely going to get chopped up if you don’t quickly Analyze the Price Action and conclude that conditions are changing.

Traders can become attached to the charts or their initial view on the charts due to many reasons.

Let’s take an example, consider a trader, who has studied and analyzed a certain chart or market very deeply and by doing this, he has made an initial view. Now, when he sits in front of his trading desk, he will think that he has spent so many hours studying the markets, so his view cannot be wrong.

When the market goes against his favor, he will start to look at the news or other videos to support his view. Actually, this is an egoistic approach. You become over-attached with your position because you are unable to accept the fact that your view has gone wrong.

This problem occurs because of over-analyzing the market. You should be able to accept the fact that your view can go wrong irrespective of how thoroughly you analyze the market. When it happens, you should quickly get out of your position without any ego, otherwise, you will pay a big amount for committing this mistake.

This is another reason because of which traders have different opinions about the same charts. Indicators are present to simplify the process, but many traders use a lot of indicators that ultimately complicate the process.

Different trading styles suit different traders. For example, one trader may be a scalper and wants to trade small reversals in up-trending markets because he previously made money by doing this. At the same time, another trader wants to trade in the direction of the trend because he previously made money by following this.
Now the question arises, whose approach is correct? So, neither approach is specifically right or wrong. There are different types by which you can trade. However, it is always safe to go with the trend rather than going against it.The key point in this is two traders can see the same chart with different mindsets because of their trading style and other factors discussed above.