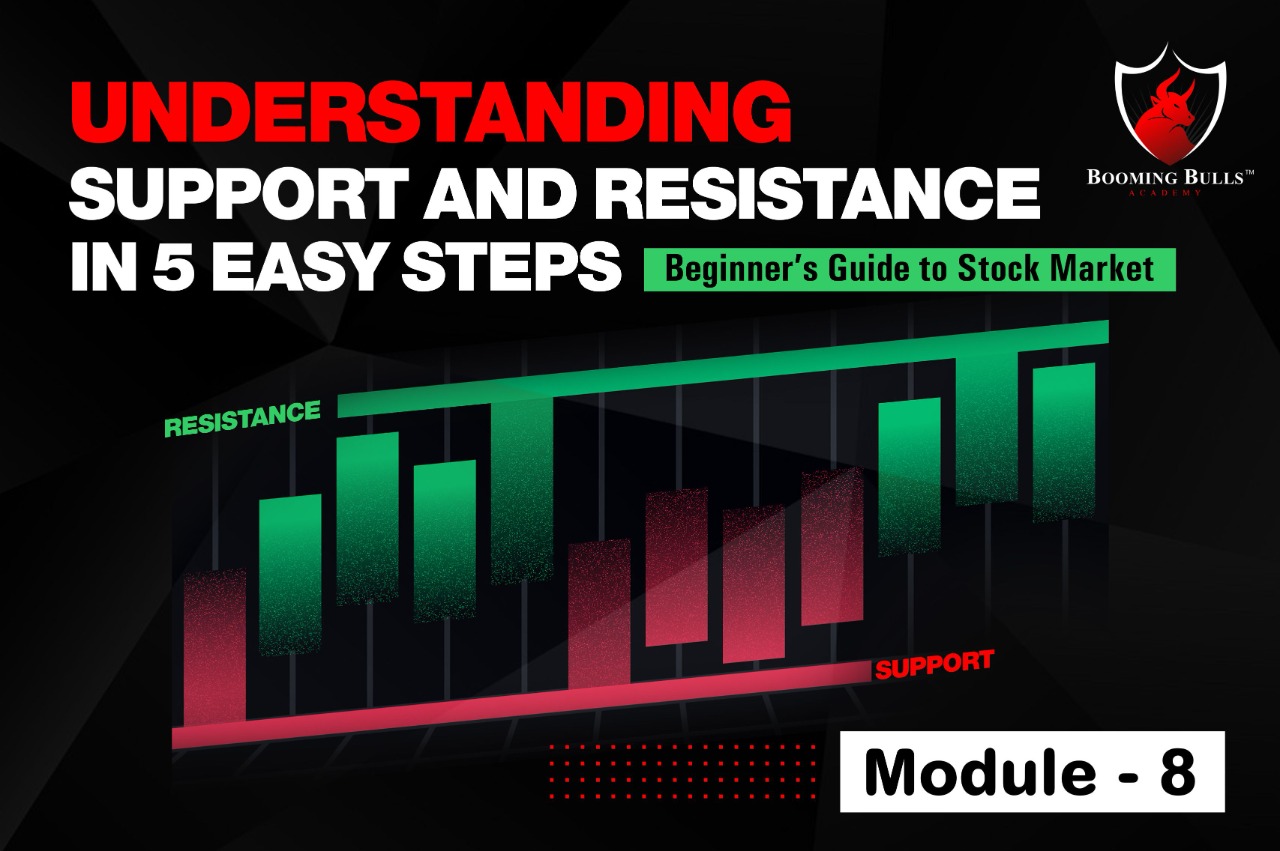 Support and resistance are important aspects of technical analysis. They give important information to investors or traders regarding trends as well as reversals, and hence, in today’s lesson, we are going to Understand Support and Resistance in 5 Easy Steps.

In technical terms, support is the area of the chart where the numbers of buyers are more than the number of sellers. In other words, support is something that prevents the price from going down.

As I mentioned above, at the support zone, the number of buyers is more than the number of sellers, and hence the price of the stock goes up. When the price of the stock falls and touches the support, it is likely to bounce back from there. Support often acts as an indication to buy. One more important thing that we should understand here is that support is always located below the current market price.

On the other hand, it is also possible that the price can break the support and fall further. It is not a rule that if stock is at its support level, then, it has to go up in the direction. But there is the maximum possibility that the price of the stock could fall until the support, consolidate, absorb all the buy orders, and then start going up.

Here is the example of the support on the charts- 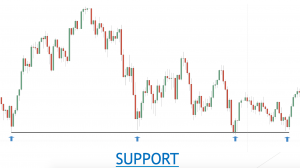 The resistance often acts as an indicator to sell. When the price of the stock touches resistances from below, it is likely to reverse from there. One more important point we should understand here is resistance is always located above the current market price.

Here is the example of resistance on the charts- 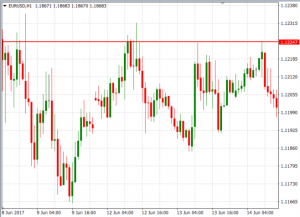 As we can observe in this figure, the price of the stock surges at the beginning with strong green candles which eventually indicates the power of bulls in the market. But after touching the resistance line, the sellers become more active than the buyers, and the stock price plunges. Generally, a Bearish engulfing, inverted hammer or evening star pattern is formed at the top which indicates a potential trend reversal.

In technical analysis, when the stock comes back to previous levels, broken support acts as resistance and broken resistance acts as support for the stock.. 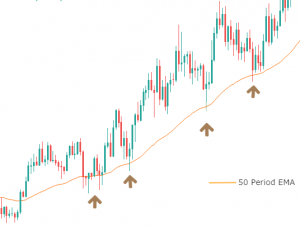 As shown in the above figure, the stock is continuously taking support from its 50-day EMA. The stronger the moving average, the stronger is the support. For example, a 200-day EMA acts as stronger support or resistance than a 50-day EMA.

Now, let’s see the example of moving average acting as a resistance-

As we can see in the above figure, the stock is continuously dipping after touching its 50- EMA. Here, we can say the 50-day EMA is acting as crucial resistance for this stock.

I hope, through this article, you were able to understand the Concept of Support and resistance. If you are interested in learning more about technical analysis, then you can definitely check out “Beginner’s Guide to the Stock Market | Module 07 | Top 4 Important Things to Know About Candlesticks.”. Also, if you have any queries regarding this topic, please post them in the comment section.