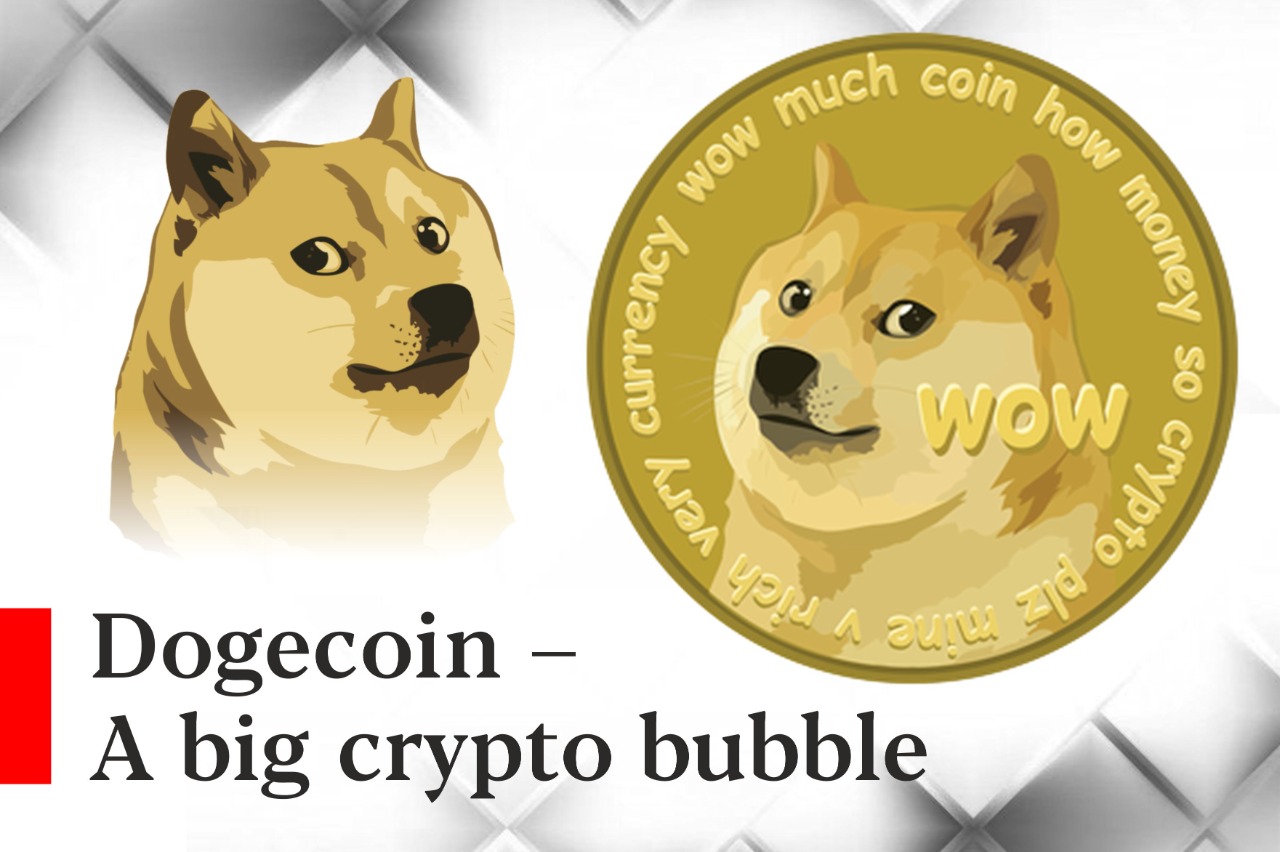 Crypto markets have gained a lot of value in a very short period. Cryptocurrency is a digital medium of exchange based on blockchain technology which is totally encrypted and decentralized. You may know some of the cryptocurrencies like Bitcoin, and Ethereum but there are up to 5,000 different cryptocurrencies present, according to CoinLore.

After the enormous returns given by Bitcoin and Ethereum lot of retail investors are willing to invest in these types of currencies. Nowadays Dogecoin is the cryptocurrency that is getting the attention of all investors. A lot of people are investing in this currency with the hope that it would be the second Bitcoin of the crypto market. In this article, we are going to discuss Dogecoin briefly. Also, we will see why investing in Dogecoin is a risky investment.

Dogecoin is the cryptocurrency invented by software engineers Billy Markus who works at IBM and Jackson Palmer who works at adobe. They decided to create a payment system that is instant, fun, and free from traditional banking fees. Dogecoin features the face of the Shiba Inu dog from the “Doge” meme as its logo and namesake.

As it is a cryptocurrency it is totally decentralized which means you can directly transact between two parties without involving banks or any intermediate authority. Also, as it is a digital currency the physical representation of the currency is not available.

Dogecoin was officially launched on December 6, 2013, and within the first 30 days, there were over a million visitors to Dogecoin.com. Now it has reached a market capitalization of $5,382,875,000 on January 28, 2021. On December 19, 2013, Dogecoin surged nearly 300 percent in just 72 hours. This hike when bitcoin and other currencies were reeling from China’s decision from entering into the Bitcoin economy. After 3 days Dogecoin tanks 80 percent due to large mining pools exploiting the small amount of computing power required at the time to mine Dogecoin. In Jan. 2014 the volume of Dogecoin crossed the Bitcoin volume but the market capitalization relatively remained low as that of Bitcoin.

In 2018 which was the time of the cryptocurrency bubble, Dogecoin briefly reached a mark of $0.017/coin on January 7, 2018, with a market capitalization of USD 2 billion. In July 2020, the price of the Dogecoin hiked again because of the TikTok trend which aimed to get the coin price $1. On 16th April 2021, Dogecoin hit the all-time high of $0.45 with a huge volume. At this time Dogecoin is the 5th highest crypto-currency out of all currencies in terms of market capitalization.

• Why it is risky to invest in Dogecoin?

Up to this, we have seen the history of Dogecoin. Now the question remains after such huge market capitalization and great returns in the past few years why it is risky to invest in Dogecoin?

Here are some reasons behind this,

Growth of the Dogecoin is mainly because of smart investors. This growth is not sustainable because Dogecoin is not having a well-developed team for the development of the coin.

The founder of Cardano, Charles Hoskinson, has released the video about the dogecoin in which he stated that-

“Dogecoin was created as a joke, and it should have remained so”. Also, “Dogecoin is just a bubble and a mockery of crypto” he added to his statement. 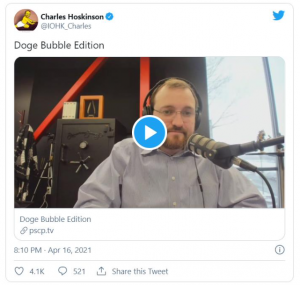 On December 25, 2013, a major cyber-attack happened in which millions of dogecoin were stolen from the cryptocurrency wallet platform named Doge wallet. The hacker entered into the platform’s filesystem and modified its send/receive page to send the coins to the static web address.

There was a sudden rise in tweets about Dogecoin due to the hacking incident. Although the event was a negative one, Dogecoin became the most popular altcoin on twitter. Due to the breach, many lost their funds on Doge-wallet. By looking at this incident there is the possibility that these types of attacks can again happen in the future as this currency is totally digital and decentralized.

This is the main important reason which makes Dogecoin investment a risky investment. The main reason behind the popularity of Dogecoin is social media. You may have observed that whenever there is an event related to Dogecoin on social media the price of the Dogecoin spikes.

This indicates that the growth of Dogecoin is widely due to social media. As per the basic rules of investments you cannot invest in something for the long term which is popular because of social media platforms. Probably current Dogecoin price is just another spike on the chart because of the various social media incidents.